I participated in the Project LA workshop earlier this year and have stayed in touch with several people from the workshop. 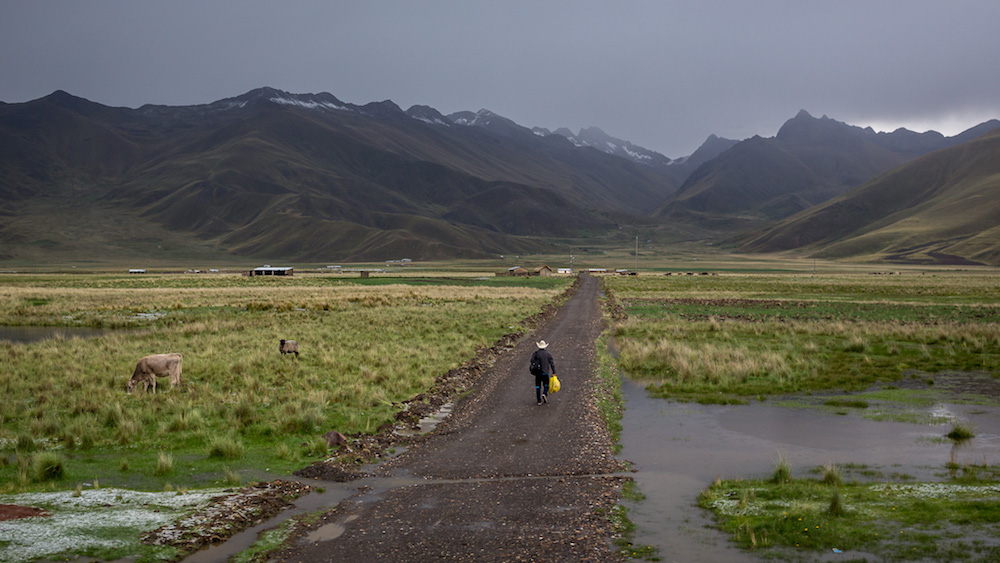 @ Nikolai Loveikis A man walks down a road in the harsh yet beautiful highlands of southern Peru.  2014.

Tell us about your journey as an image-maker and how you got to where you are today.

I started taking pictures as a teenager. This was back in the days of film, and I was the only one of my friends to ever have a camera. It was fully automatic and I was totally ignorant about photography; I just felt some need to document things. I continued in this fashion for many years, taking pictures of friends and vacations like most people do, but as time went by I became pickier and picker about how my pictures looked.

Ten years ago I started working in film and television, primarily as an on-set dresser: the only person from the set decoration department to be on set during filming. My job requires me to work extensively with the cinematographers, adjusting the set in order to create clean, harmonious compositions which tell a story about the environments and the people that inhabit them.

Though my sense of composition was very influenced by my experiences in film-making, I remained largely ignorant about photography. About a year ago I had a breakthrough in image processing and suddenly I saw my pictures, and consequently the world, in a new way. For the first time I could look at a scene and understand how I wanted my final image to look before I pressed the shutter. I decided to further commit myself to photography and last spring I took two workshops, including Momenta’s Project LA. This was my first contact with professional photographers outside of work and the feedback and inspiration was incredibly helpful to me. Furthermore, I’ve become much more interested in the work of other photographers and so I feel that I’m continuing to learn more and more all the time. 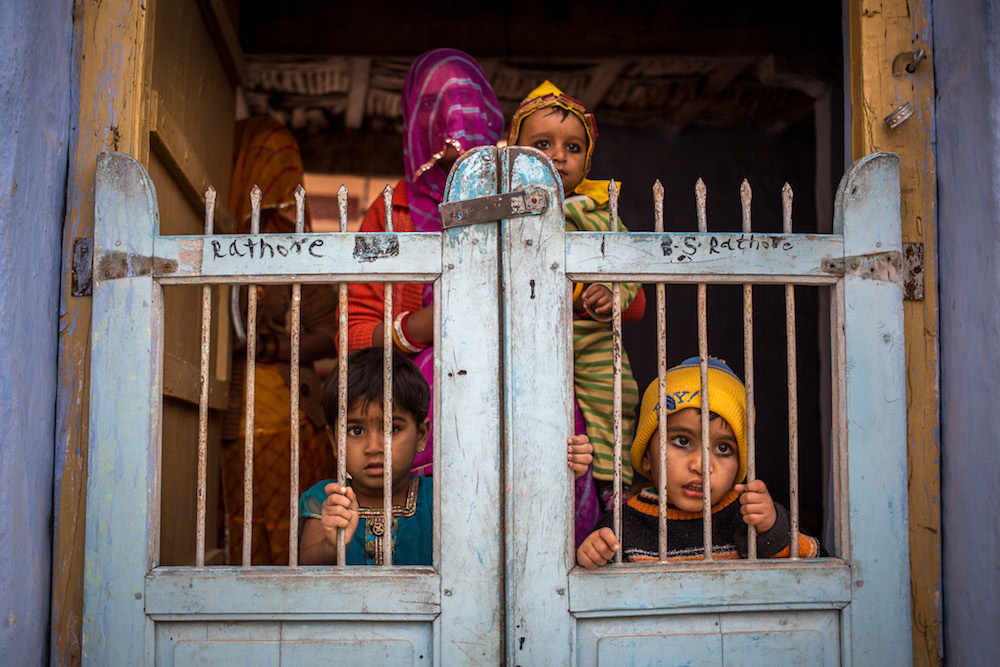 @ Nikolai Loveikis  A mother and her children peer through the gate of their home in a Rajasthani village.  India, 2015.

Recently I had to give some thought to what kind of a photographer I am; what my genre is. I like to take many kinds of pictures, but ultimately I decided that most everything I do can be thought of as travel photography. I’ve been without my own home for the last five years, and so I see my whole life as travel. I added the slogan “travel wherever you are” to my instagram account because I’ve realized that traveling is not just about going to far-away places, it’s a way of exploring what’s around you.

I want to tell stories about everyday life in different parts of the world, both exotic and perhaps to us, mundane at first glance. I think photography is such a great way to show how beautiful people are and how amazing this world is. Much of my work is about place, but even when there isn’t a person in the picture, there is almost always evidence of the human hand, the human story. 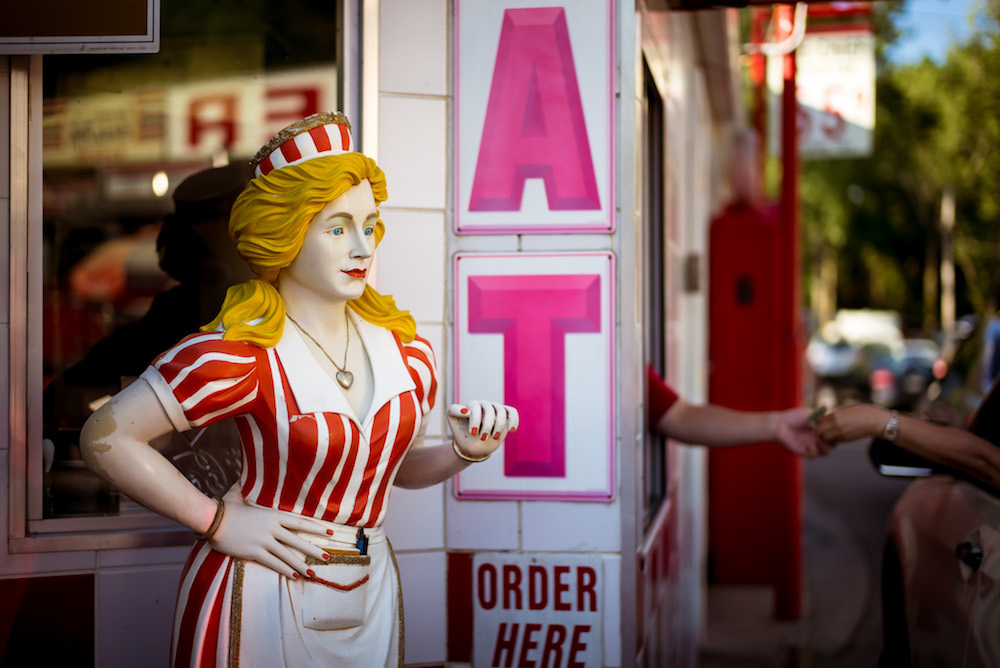 @ Nikolai Loveikis A transaction takes place at a drive-in diner in Erie, Pennsylvania.  2016.

Where do you look for inspiration for your work: books, movies, authors, photographers, art, certain people?

Working in film has really been a major influence on me. When I compose a shot I often have traditional film framing in mind: wide master, over-the-shoulder, close-up, short-siding, inserts, etc. When I’m shooting a location I think of it as my set. What’s distracting that needs to be avoided or eliminated? What objects help to tell the story?

Recently I’ve begun to tune in more to what other photographers are doing and that’s been a huge help and inspiration. Famous ones for sure, but also people I’ve met with whom I can talk about the process; I think that close, interactive contact really helps. 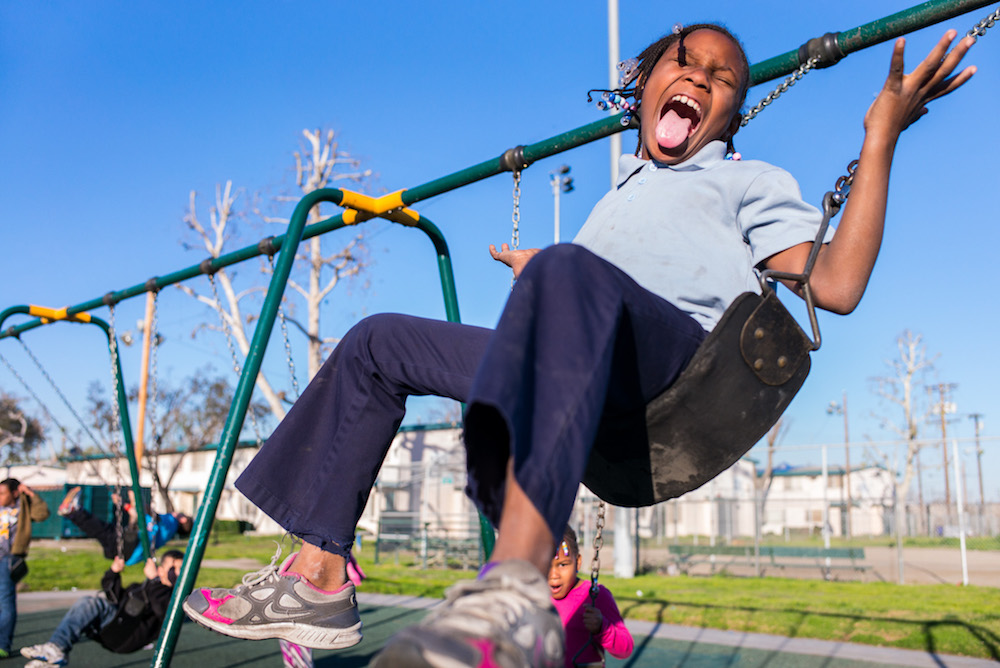 @ Nikolai Loveikis  A girl plays hard in the yards of the notorious Jordan Downs housing projects in Watts, California.  2016.

What is one passion you have outside of photography that might come as a surprise to our readers?

I don’t know that it’s much of a surprise, but I would have to say film-making. It’s my daily life. I’ve been fortunate enough to work with director David Fincher on two projects now: House of Cards and Mindhunter. I’ve also directed two short films of my own during the last couple of years. I find directing to be fascinating because it’s so multi-faceted; your attention is pulled in so many directions. It’s the most challenging thing I’ve ever attempted. 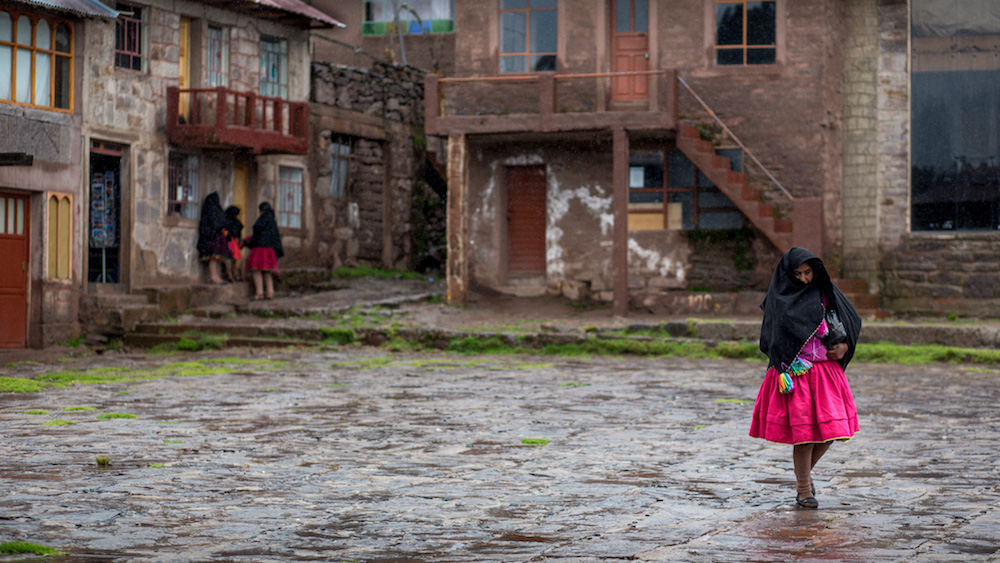 @ Nikolai Loveikis A young woman braves the rain in a island village on Lake Titicaca, her bright skirt advertising her single status.  Peru, 2014.

I hope to connect you to people and places and inspire you to see some of them, or perhaps to investigate your hometown a bit more thoroughly. I’ll be showcasing work from my travels as well as from my Project LA workshop.

Jen May Pastores is a research and development team member and content developer at Momenta Workshops. Her expertise is in visual communications and social media.