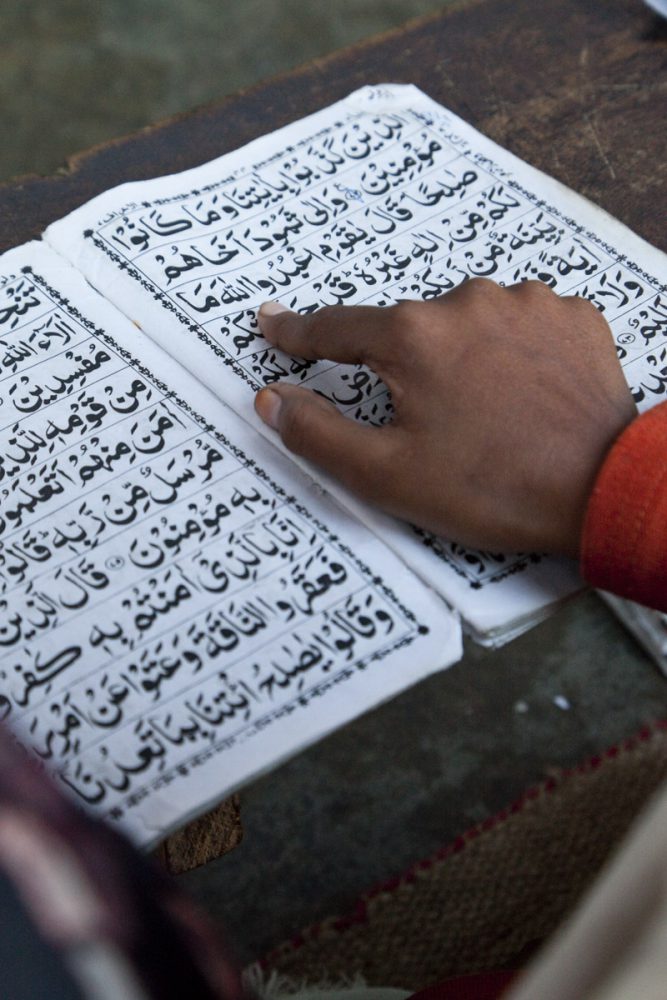 What motivated you to take a Momenta Workshop?

There’s no doubt that what motivated me to take a Momenta workshop was attending Jamie Rose’s presentation at American University during an ASMP gathering. When I listened to your dynamic presentation and saw those killer shots of delivering health care services on the West Bank and those White House and Congressional shots in your portfolio, I said to myself, “Wow.  That’s someone I can learn a lot from!”  You might have forgotten that I introduced myself to you after your presentation (others did too), and somehow I found the Momenta website shortly thereafter.

Isn’t it interesting how some simple, little event can have an important impact on the path one’s life takes?  A few years ago a lady interested in Libyan affairs invited me to a reception at GW University for faculty members who had published new books in the preceding twelve months.  While browsing the table where the new books were being shown I picked up a second edition of an anthropology textbook by a professor whose publisher of an earlier (different) work had used my images.  There in this “second edition” of a new work I had never heard of I found several of my photos being used again without any re-use request.  The result was that the publisher paid me more than $6,000 in usage and penalty fees.  If I hadn’t gone to that reception I would never have known. Similarly, if I hadn’t made that ASMP gathering at American University that nightm I might never have learned about Momenta.

Momenta has been a major factor in my professional development as a photographer, and I owe it all to Jamie Rose.  Despite all my years in the Muslim world, I don’t think I believe in “fate”, but I do believe in luck.  Going to AU that night was probably the most important piece of photographic luck I’ve had.

What surprised you most about the location you visited or the experience of working with a nonprofit?

That’s a two-part question, and the parts are very different. I don’t think I was particularly surprised by either India, South Africa or Bali during the three workshops I attended. But working with the non-profits in India and South Africa were both “firsts” for me; I had never done that before.

I was very impressed, possibly surprised, by the work being done by the Islamic charity in South Africa, especially in learning they get no funding from the Middle East, and in seeing that they did not require their receiving organizations to be Muslim in order to receive the charity’s assistance.  But that’s not a photographic lesson–just a lesson learned about the organization itself.

What was the best lesson you took away from your workshop?

For me, the best lesson was the importance of being able to distinguish between the times when the best approach is just to be quiet, keep a low profile, and try to blend in, from the times when you have to assume the role of “the photographer in charge” and tell people what to do.

Sometimes the best photos are captured when people forget that you’re there. Other times things can be a jumbled mishmash of activity or people milling around not sure what they should be doing.  On those occasions you need to take charge, tell people where to stand, what to do, where to look, and you really become the director of the event. You have to be sensitive to figure out what the situation calls for and adopt the appropriate mode.

Also, I learned that sometimes (this was especially true in South Africa) the non-profit has set, fixed ideas about what they want in the way of photos (my non-profit always wanted their “banner” with name and logo in as many pictures as possible). These may not be the photos you, the photographer, want to get, but I just learned to regard it as the “entry fee” I had to pay sometimes. Once I had done that part of the work (or sometimes in the course of doing it), I then tried to make other opportunities to get the things that I thought were more creative.  So don’t resist the non-profit’s requests; just try to do them effectively and quickly and move on to the work you really want to do. It’s a kind of balancing act.

I also have no doubt that the daily critiques of my work contributed enormously to the development of my photographic eye. It has been gradually improving over the years, I think, but attending a Momenta workshop is like being beamed up into a higher dimension of perceptivity. It made me more conscious of Robert Capa’s “You’re not close enough” dictum. I have a vivid memory of one evening when you were critiquing my day’s work in Dehradun and you came to my waist-up portrait of the imam at my second madrasa.  You made a couple of clicks with the mouse, zoomed way in on his face and beautiful eyes and beard, and said “Here’s the picture.”  Since that time I’ve been much more conscious of the need to exclude unneeded, extraneous material from the image.  Sure, always good if you can see it in-camera and do it when you first get the shot, but sometimes you don’t see until later that some serious cropping can really improve an image.

What was your favorite photograph from this workshop and why?

The photo I’ve attached, the finger of a boy struggling to read and learn his Koranic lesson, is one of many “favorites.”  It illustrates, for me, the idea of his concentration and effort.  It also shows me the importance of my getting in close.  And of working quietly.  He didn’t know I was leaning over him.

What would you tell a potential student to help them prepare for their experience with Momenta?

I would be very practical in my advice, and would focus on the importance of–especially if the workshop is in a third world country–taking all the precautions necessary to stay in good health.  Get the inoculations required, and carry the prescribed cures for dysentery.  Once there, be careful about what you eat and drink.  For those who got sick and lost a day or two of shooting time, it was a bummer.

Read as much as reasonably possible about your destination before you go.  History is OK and can be useful, but reading about culture and contemporary social and political issues can be even more useful in sensitizing you to the environment you’re going to be in and helping you recognize meaningful images when you stumble on them or can make them happen.  This can also apply to US destinations.

Once there, do whatever Jamie and Chris tell you to do.  And if Seth is there, you will be triply blessed.

Chuck spent 36 years in the U.S. Foreign Service, ending as U.S. Ambassador to Niger, 1996-99 after ten assignments in ten Muslim countries in Africa and the Arab World. He retired in 2001 to devote himself full-time to writing and editorial stock photography. Chuck speaks French and Arabic, is learning Spanish, and says Swahili is retrievable from the distant past. He is especially interested in Islamic culture, environmental issues, economic development in the third world, including agriculture, education, and public health issues. Lately, he has been adding Hindu and Buddhist cultural areas to his circle of interest. His articles are designed to give travelers the historical and cultural background they need to get the most out of their ventures into a foreign culture.

In 2012, Chuck was selected as an ASMP: American Society of Media Photographers’ “Best of 2012” photographer.