Connection to Momenta:
I attended the DC Business Skills workshop in Washington DC in Dec 2016. 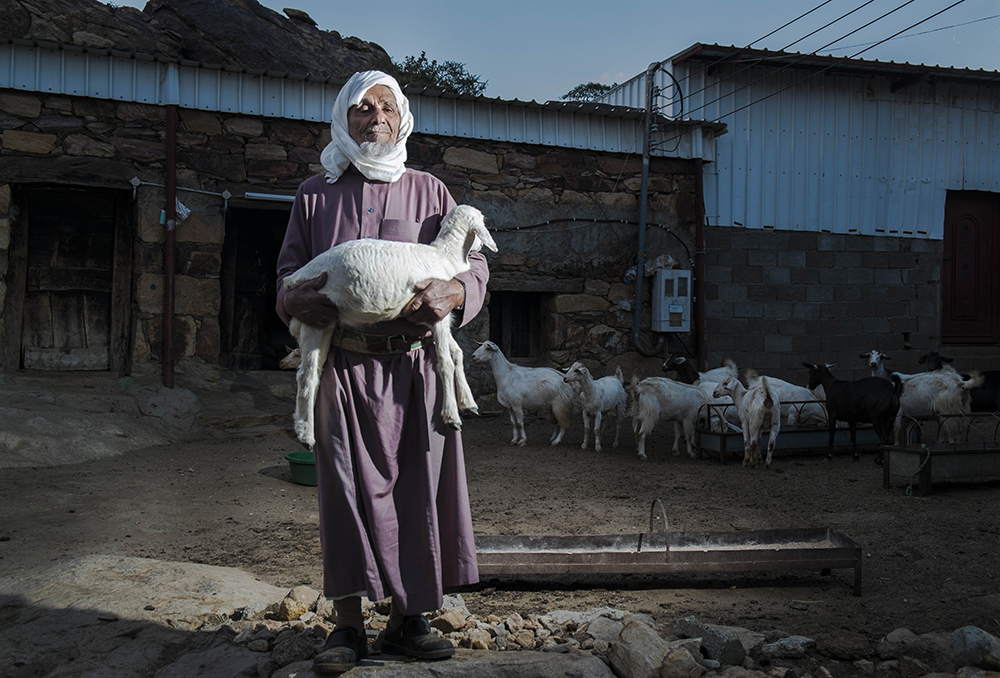 Abu Fahad has raised livestock his entire life and poses in front of the farm he built as a young man with his father. He laments how people are so disconnected from the land that helped raise them and fears for the future of his people. @Michael Bou-Nacklie

Tell us about your journey as an image-maker and how you got to where you are today.

I first started out like most people finding a camera in a box while digging through some things at my parents home. I came across my fathers Minolta X700, a few lenses and some rolls of film. At the time I was living in Saudi Arabia attending high school and I was looking for a way to fill my time so I figured Id give it a shot, (pun intended). It quickly took over my mind and I became obsessed with hand developing film as well as teaching myself the fundamentals of photography. My father taught me the basics of exposure but it was up to me to figure it out. Bear in mind this is in a country that forbade photography in public spaces, and being the malcontent that I was I insisted on doing something that would get me thrown in jail. Quickly I realized the power I had with a camera and it only made me want to do it more. This lead to newspaper internships around the region and in turn lead to my enrollment at TCU’s Journalism School. Quickly I wanted to move into filmmaking because I always found telling a story in a handful of images never felt quite as representative of someone’s story. In 2007 I returned to Saudi Arabia to work as a Senior Editor at the Saudi Gazette, one of the major English newspapers in the country where I worked to tell the unknown side of a country that locks itself out of the world. While working there I regularly went down to the South of the country to the region of Asir and was struck with just how different this place was from the rest of the country. 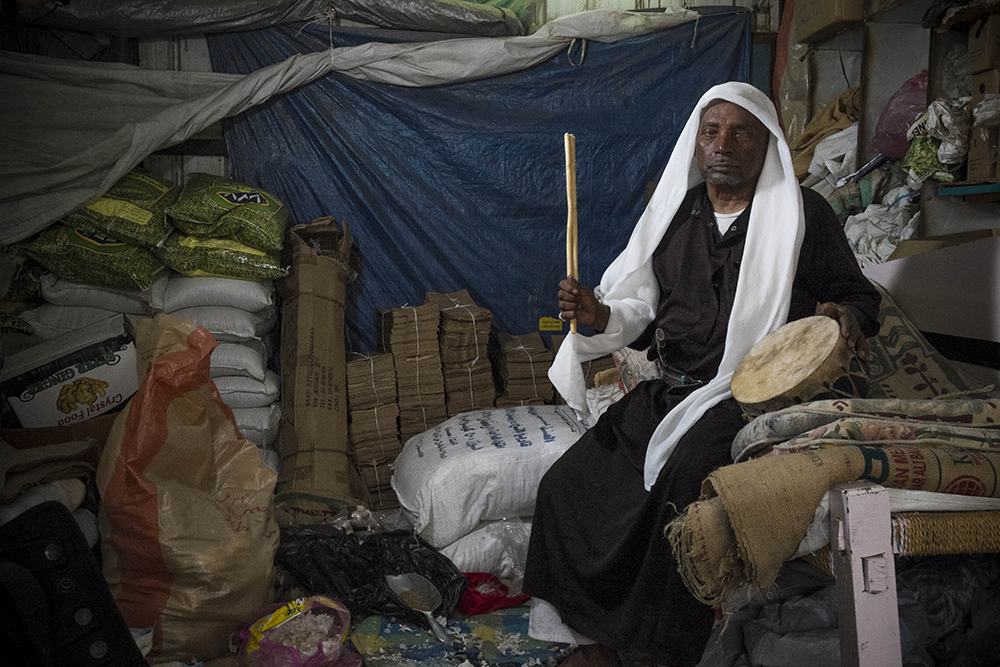 Abu Ali, a local merchant selling food in a narrow alleyway off the main market embodies the spirit of what Asir could be losing. @Michael Bou-Nacklie

I really want to tell stories of places or people that are unexpected. So much of our everyday media is just about pain and devastation especially regarding the Middle-East. Thanks to decades of dictatorships and autocrats a documentary nature of storytelling still doesn’t really exist in the Middle-East. For instance, being part Lebanese I have spent a lot of time in Lebanon. Most people associate Lebanon with decades of Civil War and corrpution. What most people don’t know is that Lebanon (and what’s left of Syria) have one of the most extensive collections of Roman and ancient history ruins literally forming the foundation of most of Beirut. The positive and human side of the Middle-East is what I’m passionate about telling now and in years to come. 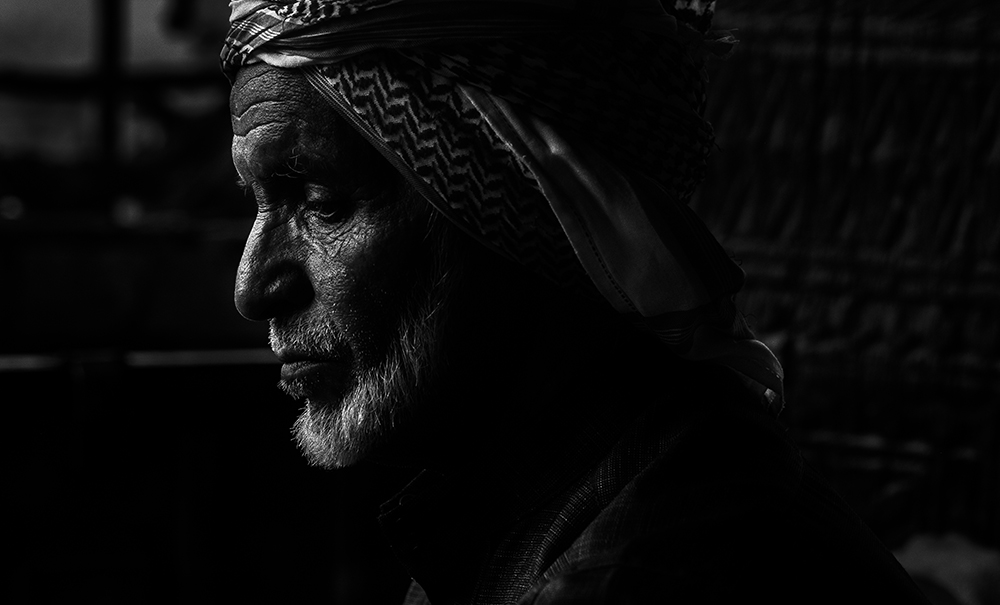 Fayiz Dahdough bakes coffee beans (off-camera) as the sunset illuminates his face in the the museum he built celebrating food and culture, in Tonomah. @Michael Bou-Nacklie

Where do you look for inspiration for your work: books, movies, authors, photographers, art, certain people?

Despite being a photojournalist by nature I draw a lot of inspiration from art photography, especially David Bailey and his mentor Irving Penn. Both have a sleek and minimalistic style of photography which I try and bring to my own work especially Penn’s reliance on using only one light in order to make his subject more dynamic rather than relying on fancy lighting setups to do the job. 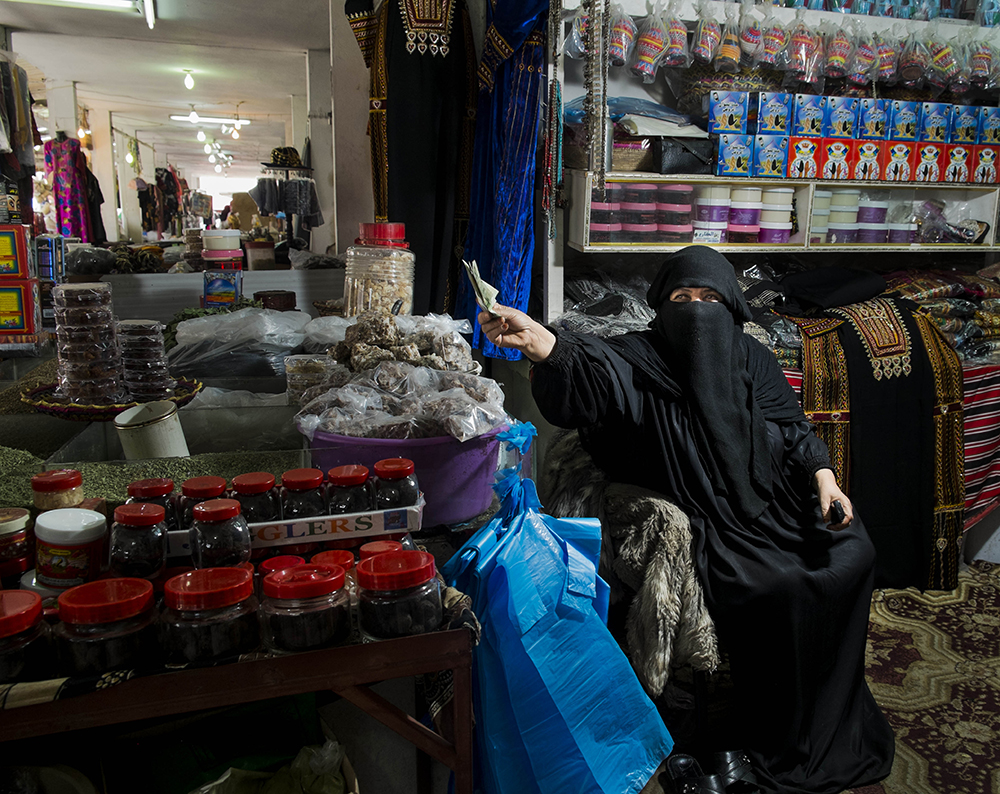 All we can see of Um Mohammad’s face are her eyes. Peering out from the slit in her niqab (traditional face covering for women) you can tell she means business. Her store; a small space no bigger than a 4×5 space, is draped in jewelry and clothing from the area. Um Mohammad tells us this particular market has been open for 25 years, but claims she has been doing business for much longer. Her age is indistinguishable under her niqab but the gently weathered texture of her skin tells me she is close to her 60’s. @Michael Bou-Nacklie

What social media or news feeds do you follow regularly?

Truthfully I focus mainly on Instagram and having lived in Washington DC for a long time Im a big fan of the @Smithsonianmagazine along with @NatGeoYourshot curated by the all around boss and friend @themattadams. Some other good ones I enjoy are @pulitzercenter, @everydaymiddleeast, @yagurlsophia, @tampabaytimes, @Starvingphotographer, @NPR, @Rjcksheen and his wife @claireeclaire (both awesome NPR photographers you should follow). 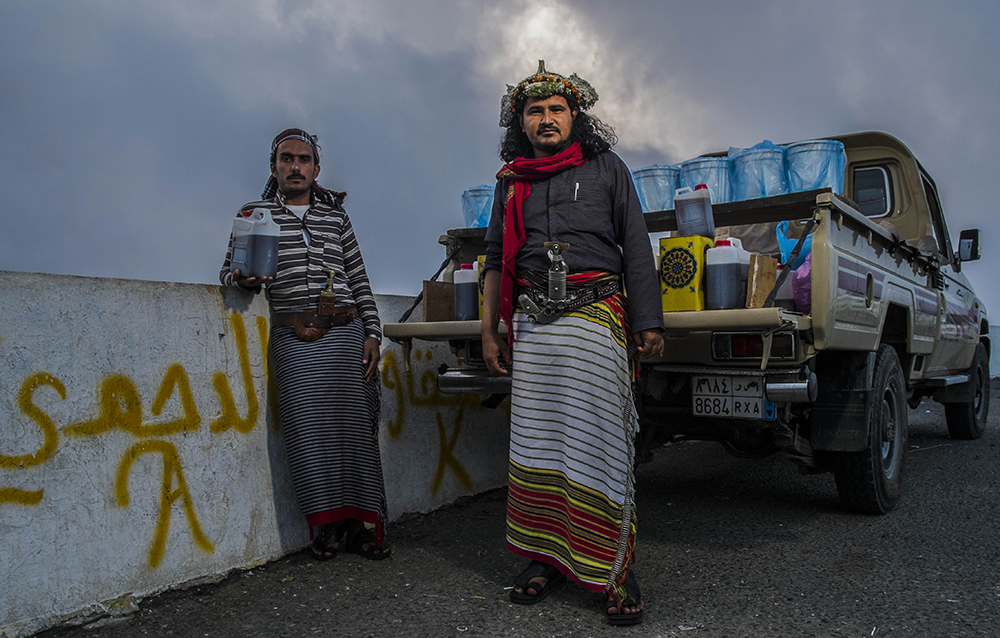 The tribesmen of Tihama form part of the original communities still living in the area. Ahmad is a Shepard for most of the year, but during the summer he makes the 6-hour trip into the city to sell honey bought from wholesalers.@Michael Bou-Nacklie

What is one passion you have outside of photography that might come as a surprise to our readers?

I love to Scuba dive and hiking. Living in California now I have access to some pretty incredible hiking places like Muir woods.

You’ll be seeing images from my documentary book and film Asir: Sand in an Hourglass. It was a passion project that Saudi Princess Reema Bint Saud was kind enough to fund 10 days in the field. I was able to shoot portraits as well as create a 30 minute documentary film. Ill be sharing portraits long with clips from the film throughout the week.

Jen May Pastores is a research and development team member and content developer at Momenta Workshops. Her expertise is in visual communications and social media.