You are here: Home1 / News2 / Just for Fun3 / Interview with Patrick West

As we begin 2018 with our boldest workshop lineup yet, we open up applications for this year’s West Award. Winners must be full-time students and will be awarded full workshop tuition and a $500 travel stipend for one domestic workshop. Apply by Friday, February 2nd for a scholarship to Project Los Angeles 2018 (February 21-25). 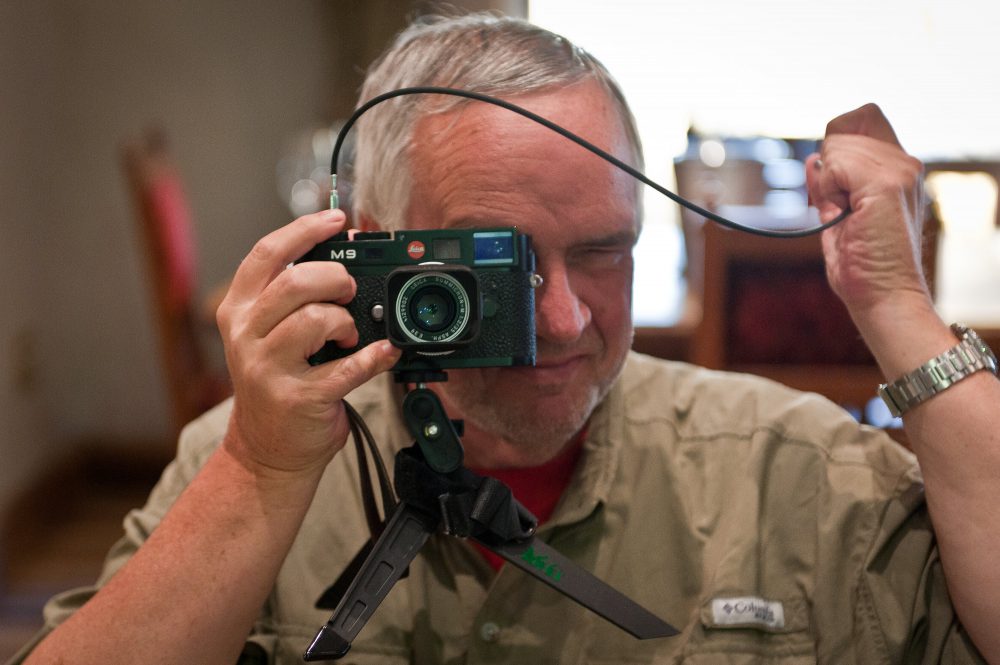 We would like to express our deepest gratitude to Patrick West, the philanthropist behind the West Award. Since Patrick started the award five years ago, many students have moved on to successful early careers in photojournalism. We caught up with Patrick recently to celebrate the fifth anniversary of the West Award. He told us about his own photographic journey, what philanthropy means to him, and why he chooses to sponsor students.

Tell us about your own experience on a Momenta Workshop.

I took the Cape Town workshop with Jamie Rose several years ago – and I had such a good time there. At first, I assumed this would be a one-time trip to Cape Town for me; but I ended up spending half of my time there for a stretch. It became a second home. I became involved with a lot of NGOs in the area, then started to branch out for there and spend much of my time in Africa. It really ended up changing things for me. 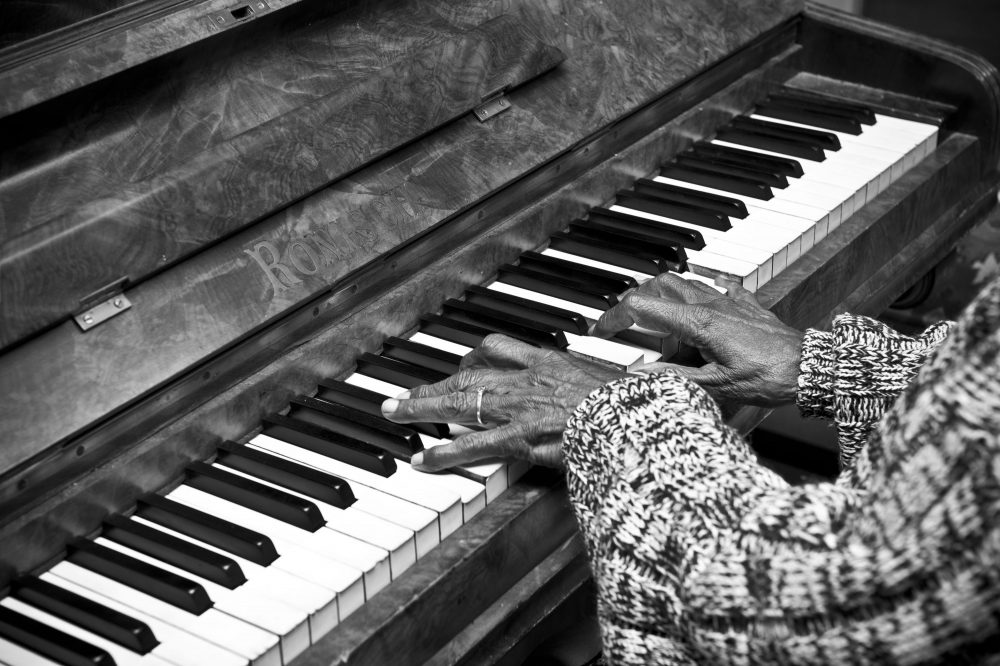 Tell us about your personal journey as a photographer.

I never thought of myself as a photographer. When I grew up, a camera was what you had on you. It actually started when I was 8 or 10 years old. My grandmother gave me a Leica M3 someone gifted her after my grandfather died. That ended up taking me through college, where I started out as a stringer at the newspaper and did documentary work, but I don’t think I really understood there was such a thing as a career in photography. So, I did other things and continued to take photographs on the side.

Illness had cut back my career greatly in the 90s. I had a heart attack. Afterwards, I returned to photography. I got involved in nature work. One day, I was out in an Inuit village in Western Alaska. I had just arrived on the bush plane, and one of the locals came out to meet me. The first thing he said to me was “subsistence living sucks.” That redirected me back to social photography. I got more and more involved, and eventually, I was doing some humanitarian work. That’s when the people from Leica introduced me to Jamie. 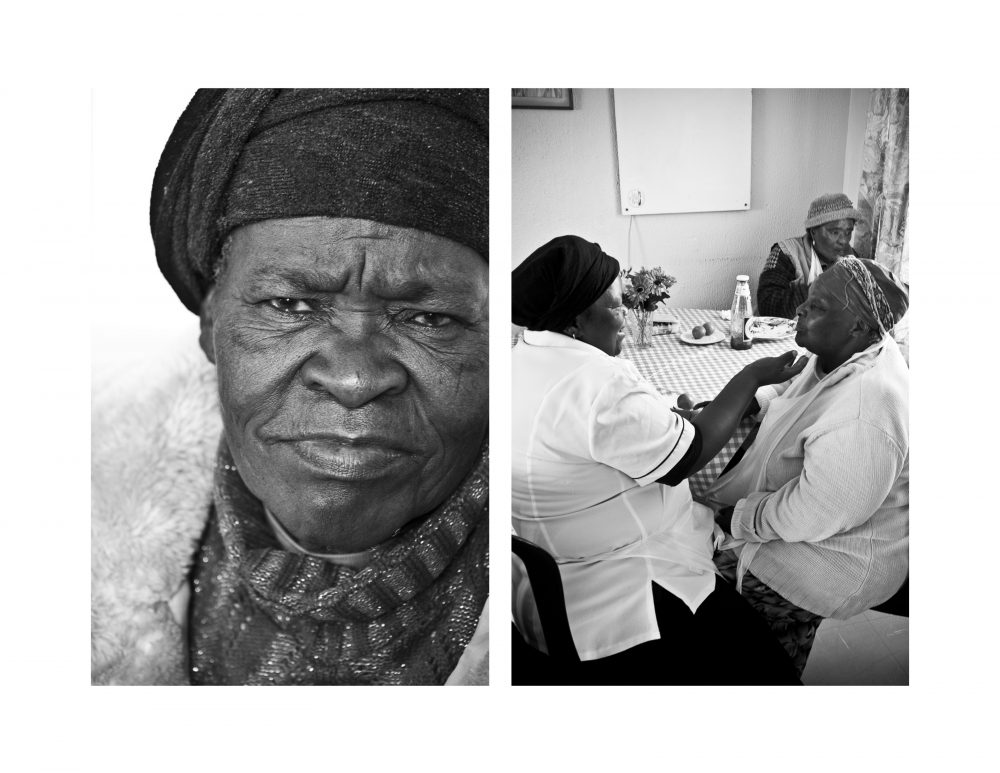 Over the last few years, I’ve done a lot of work on refugees, and I’ve also gotten pretty involved in photographing civilians in war zones. I wouldn’t call myself a war photographer because the actual military side of it doesn’t particularly interest me. I became extremely attracted to what I find to be one of the greatest exhibitions of courage I’ve ever seen in my life: those civilians who, in the middle of a terrible situation, just kind of stop and map out their little area – their home or their block – where they say “We’re going to be sane.” You get into some village where there’s a shootout on the main street, and you go around the corner and down the block and there’s a social hall where two families are marrying their children. They’ve decided, in the middle of hell, to create their own sane place. 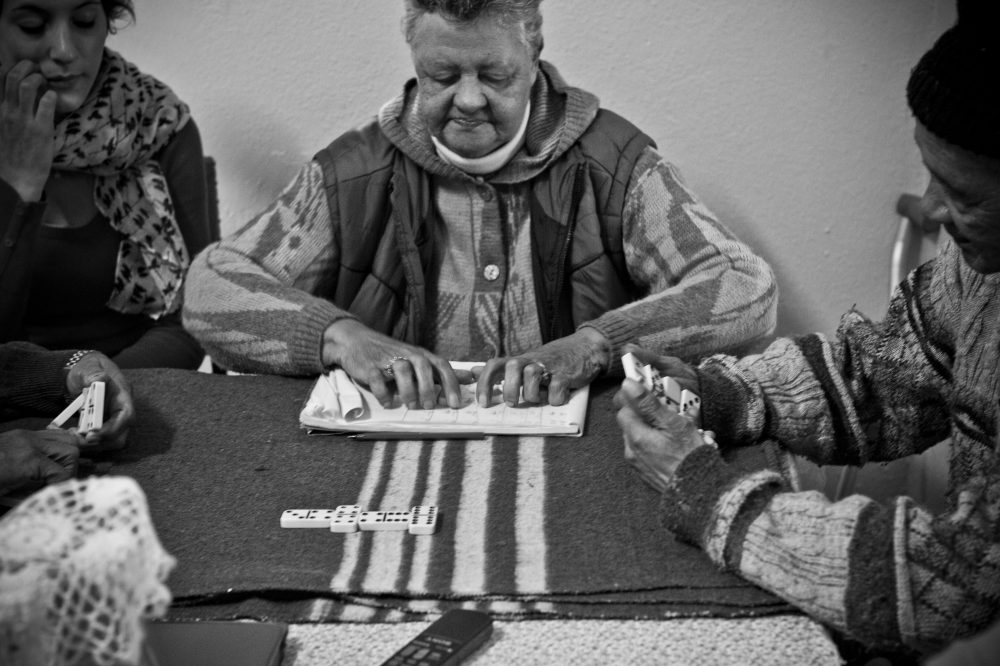 What made you decide to create this award?

I had been helping out photographers for a while. I really wanted to give young photographers a chance to find out what they could do in the field of humanitarian photography. I recommended the workshop to a lot of people beforehand, so the idea of actually creating something formal to help out people who wanted to take it struck me as a good idea. I actually originally told Jamie not to call it the West award. The work I’ve seen from award winners has been really nice. In many ways, I’ve benefited more. 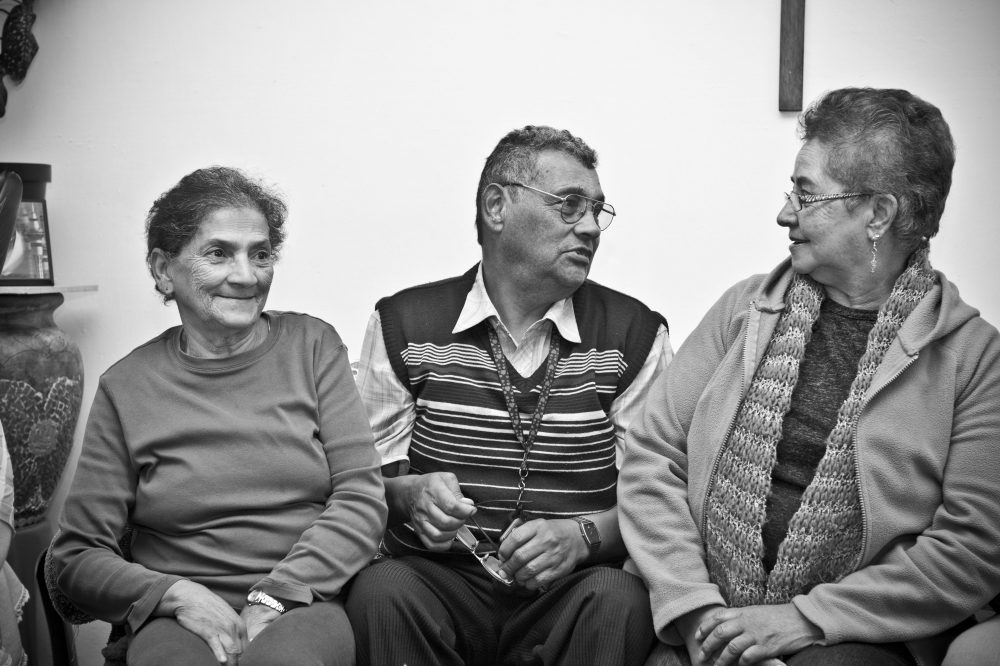 Why do you think it’s important to sponsor students in particular and give them this opportunity?

Certainly, the people who will apply to it are already displaying some interest to begin with. The nature of the photography business really requires some sort of acknowledgeable entry into it. It’s not a business that is necessarily understandable from the beginning. Not everything is obvious. So, I think, having already developed the interest to actually have some guidance is really very helpful. And I think the people at Momenta are very good at introducing them to how the business works. And then, of course, from there people bring their own individual backgrounds. 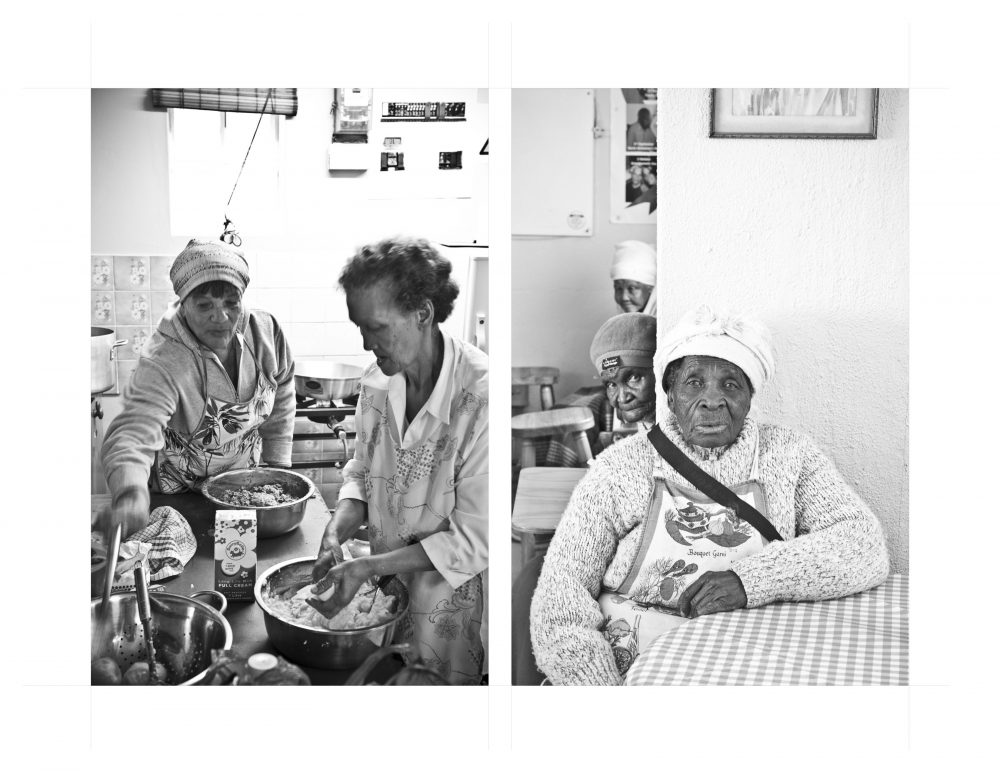 How has philanthropy played an important role in your own photography?

This is also related to my work with Ripple Effect. While there are so many bad things occurring in the world, there are also angels out there. What they are doing, and the people they are helping, deserve to have their stories told. One certainly hopes that by telling these stories with photography, you can interest and inspire others.

This also loops back to the theme of civilians in war zones, who decide they are going to keep being human beings. Their story deserves to be told too – I hope I can inspire people with these shots. 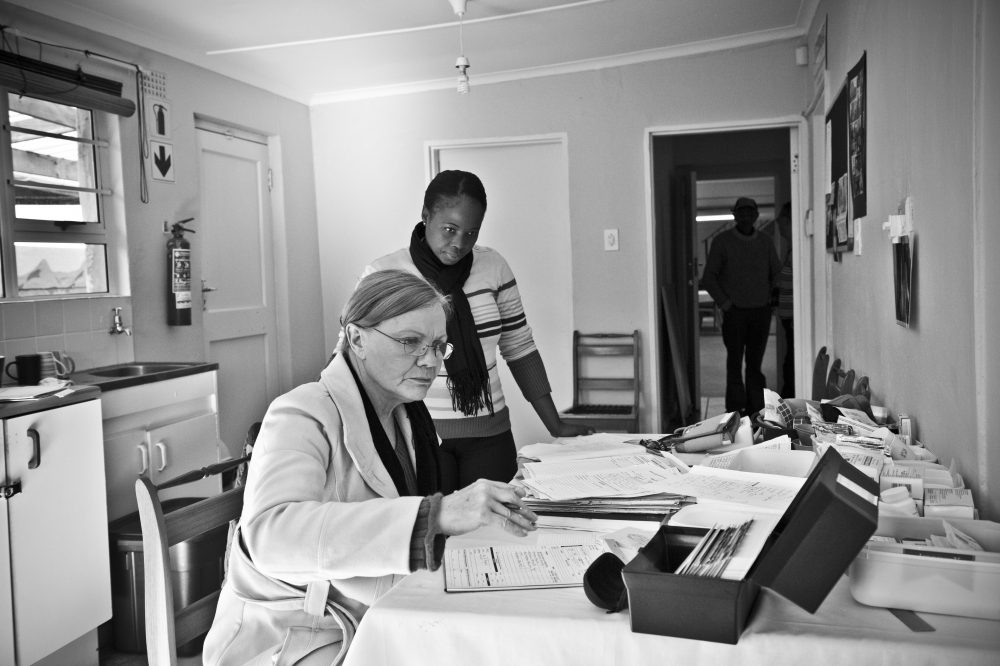 What would you tell someone who is thinking about applying for the award?

The workshop will be amazing! I’d already been around the block when I took the workshop, and it opened up so many possibilities! It will really get you thinking about where you want to go. You also develop these close relationships with the instructors and other students, and with a lot of the people you work within the NGO community. I still keep in touch with almost everyone. I like to say I now have thousands of grandchildren, on four continents. I have no idea how that happened!

Everything I’ve done in the humanitarian photography field has been spectacularly rewarding. I always feel like I’ve gotten away with something and I hope nobody tells me to stop. I’ve always hated being in photographs, so I’m amazed by the people who let me into their lives. A camera is the best passport on the face of the Earth. 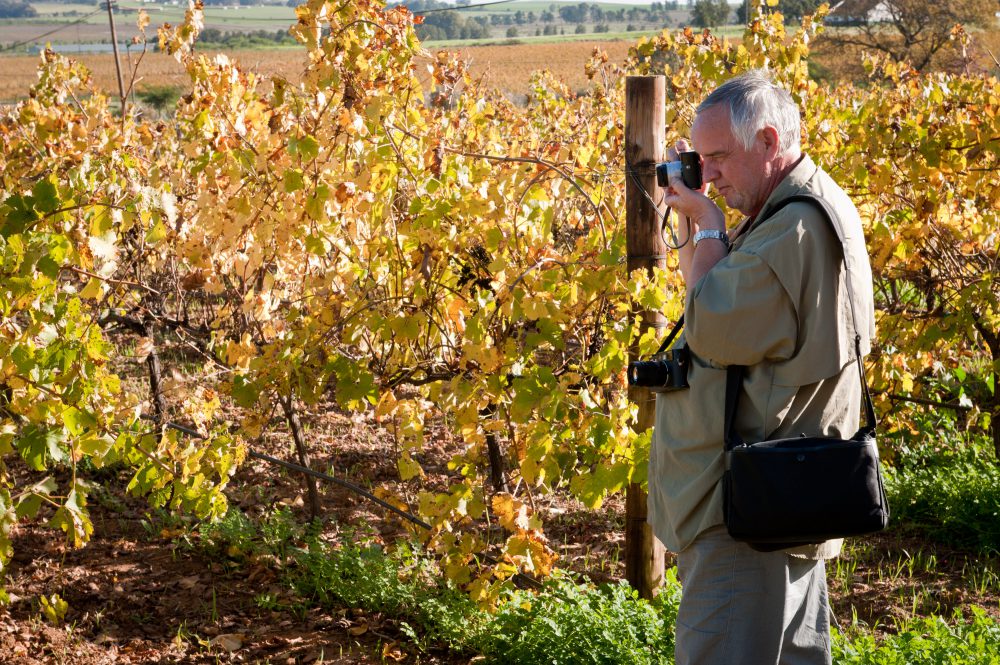 For the past two decades, Patrick West been a photographer and supporter of nonprofit organizations in North America, Africa, and the Middle East. In recent years, he has concentrated on supporting dozens of local NPOs in South Africa, Zambia, Kenya, Tanzania, Ethiopia, Turkey, and Lebanon. In Southern and Eastern Africa, Patrick has worked with, funded and advised organizations ranging from crèches, pensioner housing, youth educational and anti-gang groups to reforestation, urban agriculture and animal welfare societies. In Turkey and Lebanon, Patrick has assisted refugee support groups, including helping Lebanese groups find creative ways of fundraising.

Patrick is the co-founder of Penda Trust, an NPO in Cape Town, South Africa that provides professional photography to grassroots charities, exposes important issues through photography and hosts photography workshops for talented individuals in underprivileged communities. Patrick has also had the joy of supporting many young photographers in their projects and careers with grants and scholarships through Momenta Workshops for aspiring nonprofit photographers. Patrick also brings a wealth of experience in television, publishing and the law to Ripple’s Board.

Read more about the West Award (and apply!) on our Scholarships page.  Find out more about Patrick’s work at Ripple Effect Images and Penda Trust.

Subscribe to our RSS Feed
Why You Need Medivac & Travel Insurance

Behind the Frame: Bali 2014
Scroll to top